Cancer: Have we got it all wrong? 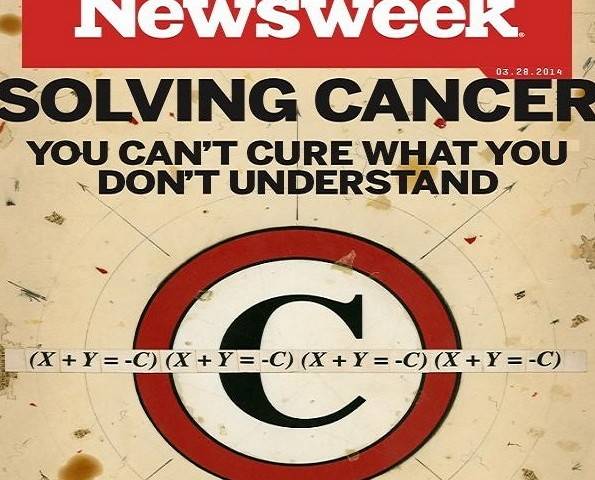 Worldwide, it is estimated that there were around 170 million years of healthy life lost globally because of cancer. – Cancer Research UK (www.cancerresserchuk.org)

All but 22 years old, and a newly enrolled Masters Degree student, my friend Lyn’s battle with cancer began with a shock. During a routine physical exam, she complained to her doctor about some chronic knee pain. The doctor ordered an x-ray, which required better imaging to render a growth that had appeared in her knee. A biopsy revealed she had Osteosarcoma (Cancer of the bone) one of the deadliest forms of the disease, especially for young people.

Her life’s priorities became inverted, and the young carefree, baby of the family three sibling had to face the reality that she might die, this after a long, arduous, and painful struggle. It changed her – not right away but successive bouts of chemotherapy, losing her hair, losing and gaining weight, trying to keep busy in between appointments.
She was told that a surgeons would have to remove her knee. As someone who loved to bounce around a dance floor as easily in discotheques as on her living room floor, this came as a devastating blow. The knowledge that she might not be able to enjoy music as she had before, move the way she used to left her feeling helpless.
She went through the debilitating process of recurrent and intensive chemotherapy and radiotherapy, losing her hair, her weight, her energy but not her spirit. I remember visiting her during this period, and though she seemed tired, physically spent, her stores of emotional strength seemed amply present. She smiled often, joked, and most importantly was making plans – plans for when her treatment would be over.

The medicines and radiotherapy shrunk the tumor, and kept it from spreading. In bone cancer, metastasis, in which some cells from the tumor break away into the bloodstream, being through blood vessels to other organs, is a serious problem; such spreading often makes the difference between life and death.
The operation was successful, and the entire knee was removed, a prosthetic put in its place. Lyn then began the long process of learning how to walk again, how to move with the artificial knee. And, her pain didn’t end with the conclusion of surgery; unfortunately, it was only the beginning, with chronic knee pain, the need to stretch out her operated limb, a constant irritant. But, she more than coped, she adapted, ultimately thriving.

Like many cancer survivors, she joined a support group, and came to know only later that just five years earlier, she wouldn’t have just lost her knee, her entire leg would have had to be amputated. The stories of others, their struggles, demonstrated to her how fortunate she had been in overcoming this devastating illness.
Today, some fifteen years later, she is still cancer free, and living and active fruitful life.

I do not know a single individual whose life, in the form of a relative or friend, has not been touched by this disease in all of its forms and manifestations.
In my life the disease had taken two dear family friends, and was a scare for my maternal aunt and uncle. For my aunt it was colon cancer, which was excised when a section of her colon was removed; caught early during a routine colonoscopy, she was one of the lucky ones. My uncle had Multiple Myeloma, and absent his having children, his care was managed by my wife and me. He convalesced in our home in Calcutta, after a month long hospital admission for five weeks. During this time, I slept beside him, and had to carry him to bathroom on many an occasion because he was too weak to do it, himself.

My point is that while treatments are improving, we seem to be losing the battle when comes to cancer prevention. In fact, according to www.cancerresearchuk.org, he most common cancers diagnosed worldwide have changed little over the last 40 years. Lung, breast and bowel (including anus), stomach and prostate cancers have been amongst the most common since 1975, and this continues. In addition, they predict that by 2030, the number of new cases will be close to 25 million, which is approximately a 60% increase. In fact, the most recent statistics document that around 33 million people are living with the disease for five years or more.

Last month, an article in Newsweek opined that we may be looking at the disease in the wrong way, and could be utilizing advancements in mathematics and computing in the fight against cancer, instead of looking at the problem as simply a biological one. It was a fascinating read, and coincidentally was life imitating art as the discoveries had been part of a novel that I have been working non for the better part of the past fifteen years.

Like much that we have witnessed in our time, it is an instance of science fiction becoming science.

Click here to read more: The New Fight Against Cancer

One Comment on “Cancer: Have we got it all wrong?”