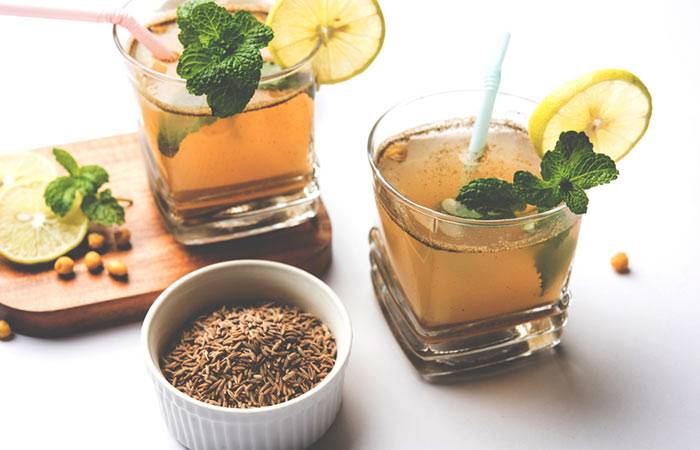 About 3 weeks after the Covid-19 lockdown began in Ontario, I received a WhatsApp SOS from the wife of my old college roommate: fortunately, it wasn’t about the virus but the lockdown was ballooning her husband!

When I knew him at McGill and later even rooming with him as we began our careers in the high rent market of downtown Toronto, Vikram Singh (who went by Vik) was lean and athletic – a look, which he maintained by exercising a few times a week. When he didn’t have time to hit the gym, he kept dumbbells in our living room and revved in front of the TV. But not long after assuming the role of thirtysomething dad, he began a mostly losing battle with something he called, ‘The Punjabi Paunch.”

During our formative years in Toronto, he was dating an Indo-Canadian girl from the Gujarati community. When she’d come over, she’d want to cook, something he avoided like the plague. “Dude, my GF’s great but she can’t cook like my moms!” he’d say.  “Gujarati cooking doesn’t quite cut it. It’s not rich like ours.”

This is true: Punjabis even douse dishes like spinach with cream, while the cuisine of Gujarat is pretty spartan by comparison. Once during a dinner invitation, I recall a Punjabi friend’s father flipping flatbreads with one hand, a 500g block of butter in the other, ready to slather the breads as they came off the fire.

Indeed, these dietary habits have resulted in the Indian state of Punjab recording the highest obesity rate in India, according to the Punjab Government’s Post-Graduate Institute of Medical Education.

For reasons that had little to do with culinary tastes, I found out after moving to Ottawa that Vik had broken-up his girlfriend.  We didn’t keep in touch much until Facebook connected us around five years later. In between, though, I’d received an invitation to his wedding. Not surprisingly, he was to settle down with a nice Punjabi girl. And, after visits to his home since reconnecting, I soon learned that he’d pretty much married a younger version of his mom, right down to the family butter chicken recipe, which was, well, BUTTERY.

As his Facebook timeline would reveal, not only did Vik’s bond with Mayuri deepen since their wedding, giving them two children – but so too did his relationship with butter chicken!

When I’d come to Toronto on business, we’d meet for drinks, occasionally. He’d complain that no matter how much he worked out, he couldn’t get rid of the swelling around his abdomen.

That his father had conformed to the apple-shaped body type about which doctors warn before succumbing,, himself, to a heart attack, certainly wasn’t lost on Vik. “I can’t escape it,” he once admitted, head in hands. “This ‘Punjabi Paunch’… It’s in my DNA.”

With the Covid-19 lockdown having affected many a waistline (either down from not eating right or up from lack of activity and indulgence in comfort foods) Vik was no exception. He was starting to seriously resemble his old man; hence, Mayuri’s distress signal.

She sent out an APB seeking help with advice, recipes, new work-out routines – anything that could contain Vik’s bulging midsection.

I didn’t have much advice to offer. And, for various reasons, I wasn’t on Facebook for almost two months, since. When I signed back in, I saw that Vik’s profile pic had changed to a leaner version. For a minute, I thought he’d re-posted and older snap but his hairline was proof positive that it was recent. Save for his challenged follicles, he looked almost the same as when we shared an apartment in Toronto: he’d somehow managed pound down the paunch!

How did he do it? Well, I immediately messaged him about it.

The answer came in the form of an antidote – cumin tea. Cumin of all things – a common South Asian spice that was sure to be sitting in his pantry all along.

Two cups a day were enough to boost his metabolism and help him burn the excess fat. Even making it was easy:  all it took was 2 teaspoons of whole cumin soaked overnight in around 3 cups of water and then boiled for 20 minutes.  Well, that and a squeeze of lemon.

Don’t get me wrong – it’s not as if Vik was totally inactive during this period. He still had those dumbbells and even before the lockdown, used a treadmill he’d bought, albeit occasionally. What the cumin tea seemed to be doing was reversing the natural metabolism slow-down that had come with middle age.

In all, Vik had lost around 12 pounds. He said he felt more energetic, and his self-confidence had returned.

But how had it affected him inside? I needed to find out.

First, I felt compelled to verify that the tea was the deciding factor, asking Vik about any changes to his routine and diet – there were none. Then, hunting online for information, found two studies – one in the US National Library of Medicine and another in the journal, Nutrition and Metabolism – both of which tested the effects of cumin on weight and other health indicators in double blind studies.

The results were definitive: cumin not only reduced weight but also reduced serum levels of fasting cholesterol, triglyceride, and LDL (or bad cholesterol) and increased HDL (or good cholesterol). More importantly for the ‘Punjabi Paunch’, therapeutic cumin intake was found to reduce insulin response (often responsible for obesity in South Asians and making them prone to Type II Diabetes). Weight loss included a reduction in Body Mass Index (BMI), waist circumference, overall fat mass and its percentage fat. This too, was only over the course of eight weeks, the same period over which Vik had gotten the better of his paunch.

When I called up Vik in excitement over what I’d found, he flashed hot.

“Don’t talk to me about that damn cumin!” he grumbled.

SB Veda is the pen name for Sujoy Bhattacharyya who is a British/Canadian independent writer and contributing editor for this publication. His work has appeared in various Canadian and British publications including The Independent, The Guardian and The Ottawa Citizen.