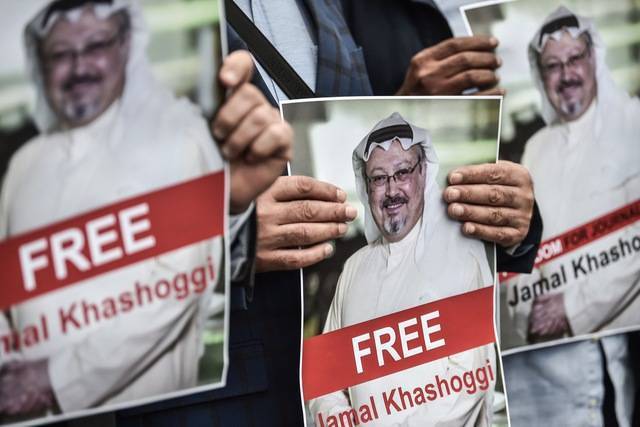 Jamal Khashoggi is not the first Saudi journalist to disappear

This statement was originally published on rsf.org on 10 October 2018.

Reporters Without Borders (RSF) calls for an independent international investigation into the fate of Jamal Khashoggi, the dissident Saudi journalist who has been missing ever since he entered the Saudi consulate in Istanbul a week ago. His disappearance has come amid a particularly harsh and opaque crackdown on Saudi journalists and bloggers.

A former government supporter, Jamal Khashoggi had been in self-imposed exile in the United States where he had become well-known as a newspaper columnist and commentator critical of the current Saudi regime. He fled Saudi Arabia last year for fear of being arrested, after being banned from writing in the media and even posting on social networks.

In the current crackdown, more than 15 journalists and bloggers have been arrested in a completely opaque manner in Saudi Arabia since September 2017. In most cases, their arrests have never been officially confirmed and no official has ever said where they are being held or what they are charged with.

This was the case with Saleh el Shihi, a journalist whose arrest was only confirmed in February, when his family learned than he had been sentenced to five years in prison. He disappeared in December 2017 but his detention was not made official until his conviction and sentence were announced.

Unannounced detention was also used to silence the respected economist and citizen-journalist Esam al Zamel. His arrest was however confirmed when his trial apparently began at the start of this month, a year after his actual arrest for criticizing the government’s economic strategy in tweets, reports and analyses.

The Saudi journalist and commentator Turad Al Amri has been missing since November 2016. In one of his last tweets, he condemned the clampdown on the Saudi media and, in particular, the blocking of an online newspaper for which he had written a sensitive article.

All trace of Fayez ben Damakh, a well-known Saudi journalist and poet, was lost in September 2017, when he was on the point of launching a TV news channel in Kuwait. According to the local media, he was abducted and extradited to Saudi Arabia without this ever being officially confirmed.

“The traditionally opaque methods used by Saudi Arabia to silence critical journalists constitute grounds for fearing the worst in the case of Jamal Khashoggi’s disappearance,” said Sophie Anmuth, the head of RSF’s Middle East desk. “We call for an independent international investigation to determine as quickly as possible what has happened to Khashoggi.”

No evidence has so far been produced to support any of the various hypotheses for Khashoggi’s disappearance: his murder, his surreptitious removal to a Saudi prison or the Saudi government’s claim that he left the consulate of his own free will and then vanished into thin air. The pro-government Saudi media are meanwhile denouncing a media conspiracy designed to sully their country’s image.

Between 25 and 30 professional and non-professional journalists are currently detained in Saudi Arabia, which is ranked 169th out of 180 countries in RSF’s 2018 World Press Freedom Index.