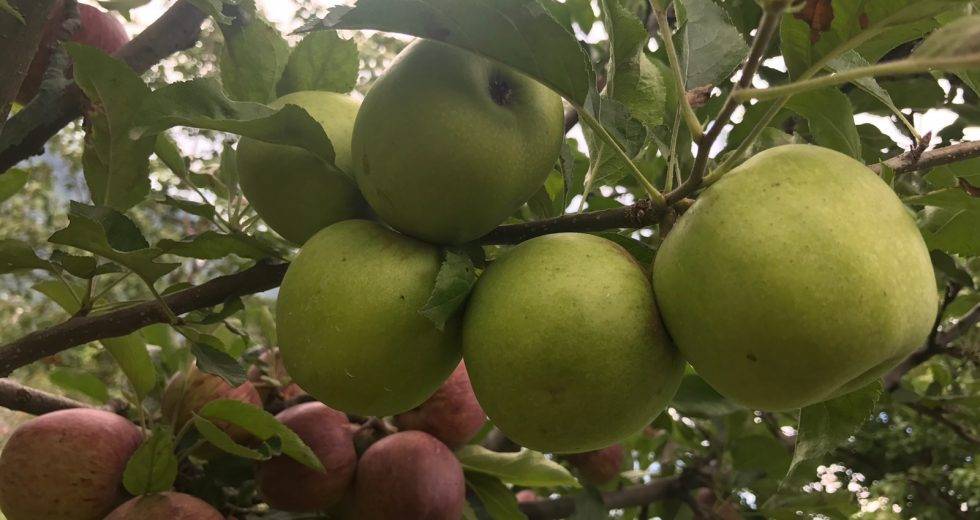 Tourism Blooms with Himachal’s Bite of the Hundred Year Apple

With apple cultivation having reached a centenary, last year, this royally delicious fruit has formed the foundation of Himachal Pradesh’s economy for as long as people can remember.

From farmers to apple agents to companies that make machinery to sort the harvest to corrugated boxes, the presence of the fruit is ubiquitous as one winds around the hills from Shimla to Kotgarh.

“A lot of people are dependent on this crop (apples),” says Raju Djina, farmer and owner of Seetalvan Orchard. “It starts with the labour, then there are forwarding agents who arrange sale of harvest, loaders who are involved in transport

Indeed, roughly half the area of the state is under cultivation. The sheer volume of the harvest has transformed the lives of many locals.

From subsistence-based farming to surplus farming, bringing in profit, those who have made the transition are part of the middle to upper-middle class. Ivory skin no longer sun-drenched, lives lengthened in absence of once back-breaking work, orchard owners can afford to enjoy their leisure time.

While ‘It’s hard to find labour, these days,’ says Djina. ‘Himachalis now think that cultivating the land is beneath them.”

Inundated with a popular culture for which enjoyment is the thing, the agrarian traditions in this fertile fruit basket of India, are diminishing.

They may not have reason to lay on their backs as climate change makes cultivating at lower altitudes increasingly scarce.

Prem Lal, a fifty-one year old Kotgarh resident with farming in his blood, is set to retire this year because his crop from one of the lower altitude orchards, has abandoned him.

“Each year, my family looked forward to Diwali when peak harvest was sown and we sent so many crates of apples to market.”

But after winters thirsting for snow, and near tropical summers, the orchards stopped bearing fruit.

“We took to growing vegetables and mushrooms like they do in the plains.”

Without the cash crop of Royal Delicious, farming became unsustainable.

“My son took a job at a company in Chandigarh,” he says. “I can’t very well blame him. He has a young family to look after.”

Dealing with excess rain, and new tropical pests that never ventured this far north before, Lal, decided selling his farm was the only viable way the family could start a new life in the plains.

Shanti Negi who also once grew apples, runs a camp and tourism site in what property she has managed to retain. Forced to find another means of sustenance, she says people like her have suffered the most.

“The richer farmers with lots of land have managed to deal with the situation but growers owning small or medium-sized orchards aren’t able to adjust,” she says. “For them, they have abandoned their family legacy and try something else.”

Some farmers have managed to utilize technology and change the variety of apple trees planted to encourage yields at higher temperatures.

“We often hear of the apple line shifting to higher and higher altitudes in the Himalayas, but we can also see now that apples are being grown at lower altitudes where they were never grown before. This is becoming possible with new technology and adaptive capacity of mountain farmers,” said Dr Tej Partap, vice chancellor of G B Pant University of Agriculture and Technology.

The outlook for Himachal Pradesh, then, may not be a movement upwards of the apple line (the geographical demarcation of apple-growing regions) but rather a gradual change in it. The state has recognized the problem, and plans are afoot to offer assistance. Still for famers like Negi, help is too little, too late.

“After a century of apple cultivation,” laments Negi, “I’m relying more on footfall than snowfall to pay the bills.”

As the state grapples with the problems faced in the agricultural section, tourism, at least is booming.