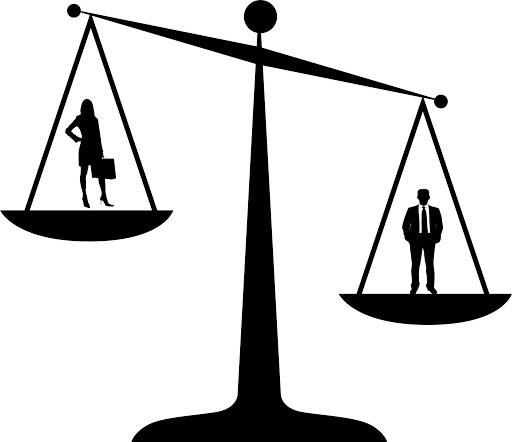 Despite having had a female prime minister known for her strength and chief ministers at various times being women as well as prominent female athletes like Sania Mirza, India has slipped four places on the World Economic Forum Gender Gap from 108 to 112.

The recent downward trend is due to the fact that ordinary women and those who come from less developed parts of the country as well as those facing economic challenges have not had the opportunity to penetrate spheres of power and influence to the degree that their more privileged counterparts have.

Though the India had closed by two thirds its gender gap, relative to other countries, the World’s largest democracy has failed to keep pace with other countries in gender parity, and the overall optics are not at all bright. The Gender Gap Index Report for 2020, which was released on Tuesday painted a picture of India in black and white.

“The country (India) has closed two-thirds of its overall gender gap (score of 66.8%). However, the condition of women in large fringes of India’s society is precarious. It has lost four positions since the previous edition, despite a small score improvement, as some countries ranked lower than India have improved more,” the report said.

The slide has been consistent and spans governments led by different national parties. Since 2006, the gap has gotten significantly wider. At the time, India ranked in the top 100 with a position at 98. “Among the 153 countries studied, India is the only country where the economic gender gap is larger than the political gender gap,” the report added.

Perhaps even more troubling – and which should serve as a wake-up call for public and politicians who believe that increasing participation of women in many walks of life signifies a rebalancing of the scales – is the conclusion drawn by Gender Gap Index Report, which was released on Tuesday, stating that it would take roughly 100 years to close the gender gap across politics, economic, health and education.

India ranked 18th in political empowerment and 4th in the number of years a female or a male ruled a state. It ranks 149th in economic participation and opportunity and 117th in wage equality for similar work. The country ranked 112th in educational attainment and 150th in health and survival.

“The wide Gender Gap in India is due to Religious and Historical Societal linkages. The process is much slower as compared to other countries because of attitudes prevailing in Indian societal culture,” contends the report’s authors.

“Of the past 50 years, the country was headed by a woman for 20 years (4th) which largely explains this strong performance. But today, female political representation is low: women make up only 14.4% of the parliament (122nd) and 23% of the cabinet (69th),” the report said.

“Our approach for gender parity will have to change to speed up the process. It will need better and appropriate education for the girls & boys and men & women with an aim to bring attitudinal changes,” said V P Gupta, from Society for Participatory Research In Asia (PRIA), a Community based research organization working ln , gender equality, rights of unorganized sector workers.

“Parity will only be achieved by taking an integrated approach across sectors, geography, demographic groups and in both urban and rural areas; also, access to participation in society be it legal, social, political or cultural depends on one’s economic status. Those who are economically deprived, for instance, are at a steep disadvantage to the economically advantaged in obtaining competent legal representation.” said Ela Sanyal, advocate, High Court at Calcutta and Trustee of International Mass Awareness Program (IMAP).

According to the WEC, gender parity is largely determinative on whether or not economies and societies thrive as developing and deploying one-half of the world’s available talent is fundamentally impactful on growth, competitiveness and projected readiness of economies and businesses worldwide.

The WEC maintains that: “the index’s rankings offer an effective means to benchmark progress. They are designed to create global awareness of the challenges that gender gaps pose, as well as the opportunities that emerge when action is taken to reduce them”.

Indeed, research on labour market segregation along gender lines has revealed that professional segregation of men and women into differentiated sectors contributes not only to lower innovation levels in professions which lack gender diversity, but also that this professional divergence has a compounding effect on gender pay gaps. Monitoring gender parity in the professions of the future provides a critical opportunity to guide the emerging labour market to more equitable outcomes in the future of work.  It is in this area that the government can focus policies on emphasize female entrance and participation.