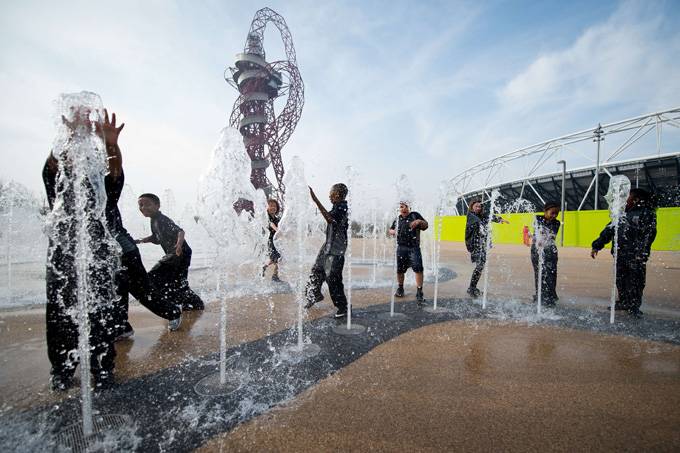 With the final piece in the jigsaw complete, 3 million people are expected to visit over the next year

Almost 10 years and £12bn in the making, the full extenhttps://theglobalcalcuttan.com/wp-admin/edit.phpt of the Queen Elizabeth Olympic Park will finally open to the public on Saturday, revealing “the biggest new park in Europe for 150 years”, magicked from the mud at the bottom of the Lea Valley.

Stretching for 230 hectares (568 acres) around a knotted tangle of waterways and rail lines, it is, says its maker, the London Legacy Development Corporation (LLDC), the size of Hyde Park and Kensington Gardens combined, home to forests and wetlands, lawns and meadows, dotted with a velodrome and aquatics centre, a stadium and arena – the long-awaited spoils of the two-week sporting circus.

Standing tall amongst the parklands, waterways and world-class sporting venues, visitors will also have the chance to visit the iconic ArcelorMittal Orbit to experience a totally new perspective of London and the newly transformed Olympic Park.

At its foot is a sleek building called The Podium, housing ticketing, café, toilets and event space. 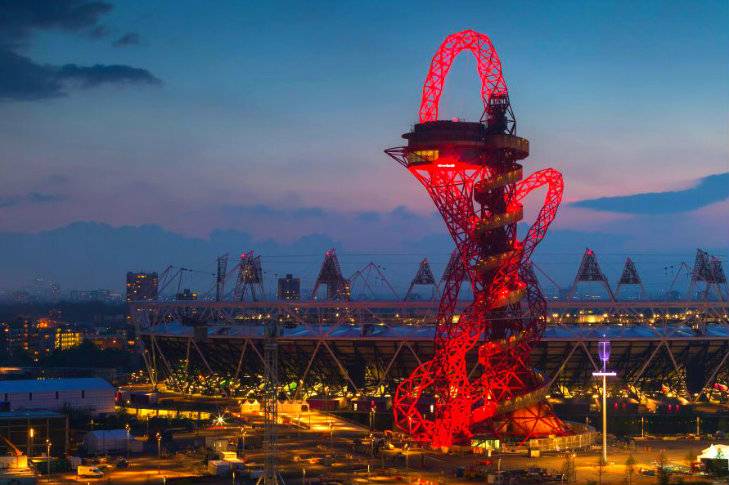 “The ArcelorMittal Orbit was an icon of the London 2012 Games and we’re thrilled that both local people and tourists will once again be able to admire the views into the city and over the Park.

In the 19 months since the euphoria of the games subsided, £300m has been spent on adapting venues, planting trees and moving minor mountains. The northern half of the park, composed of neatly sculpted Teletubby mounds fringed by swaths of wildflower meadows, reopened in July and has already received a million visitors. A further 3 million are expected in the coming year, now that the final piece in the jigsaw is complete with the opening of the southern park, conceived as a “Southbank for the East End”.

“We imagined it as a place for performance and play, markets and festivals, circuses and events,” says its designer, James Corner, who is best known for transforming New York’s derelict elevated railway into the acclaimed High Line park, weaving wild planting along its raw industrial structure. “We’ve brought a similar idea of linear choreography and movement, designing the park as a sequential experience of outdoor rooms, connected by an arced promenade of trees.”

The “rooms” take the form of three circular paved areas, lined with assorted benches and stepped seating, as if awaiting an impromptu public performance. They will host carousels and helter-skelters, music and poetry readings, and will one day be ringed by beds of tall grasses, planted by Dutch horticultural alchemist Piet Oudolf, who also worked on the High Line.

This sequence of spaces is framed at either end by low-key play areas: there is a fun interactive fountain and a thicket of wooden poles supporting a small rope bridge. A water pump gushes into a sandpit, while chunks of granite and orange concrete walls tilt at jaunty angles. But, given the number of expected visitors, particularly once the main stadium is up and running from 2016 (reborn with retractable seating as a place for concerts, athletics, and the new home for West Ham United), it all seems oddly under-scaled, suggesting long queues of impatient children.

The sum of these disparate parts feels strangely unthought-through, belying the number of committees and review panels that preside over the production of every piece of the Olympic legacy. It also feels less park than plaza, more like an extension of the adjacent Westfield shopping centre than the nearby Victoria Park, or the wild Lea Valley that stretches for 40km to the north.

The power of James Corner’s work elsewhere comes from how it responds to what was already there, but given a blank slate – the jumble of industrial fragments that were on the site having been long since trampled beneath the Olympic carpet – it all falls a bit flat. Just as parts of the north park feel as if they have been lifted from a Florida golf course, this world of beige tarmac and play equipment, garnished with the occasional ornamental lawn, could be anywhere.
“It is not supposed to be ‘of’ the area,” says LLDC chief executive Dennis Hone. “It is ‘for’ the area. It’s a place for people to come and enjoy activities free of charge, and we want the life of the park to bleed into the surrounding neighbourhoods.”

He lists the forthcoming developments that are intended to bring such life, from the imminent transformation of the vast broadcasting shed into a tech hub and data centre, to the future arrival of a satellite of the Victoria and Albert Museum, as well as an “exciting new model of an open campus” for University College London.

There will be 6,000 homes across five new neighbourhoods within the park, as well as the gargantuan commercial centre of the £2bn Stratford International Quarter, which will see 4m square feet (370,000 square metres) of office space in a complex of swollen glass blocks, designed by an unholy alliance of second-rate corporate architects. Given the quality of buildings that have sprung up on the overheated fringe of the Olympic site, there is not much to inspire confidence that what comes next will be any better.

A wall of steroidal apartment towers line Stratford High Street to the south, dressed in cheap plastic cladding, with more bulky apartment blocks to the west, while the monstrous hulk of a 1,000-room Unite student accommodation block is rising to the north-east – given permission by the same planning team that will be judging the forthcoming schemes.

“It’s not my favourite building,” admits Hone, averting his gaze from the beige ziggurat that steps in clumsy chunks up to a 28-storey terracotta tower, like something more at home in Pyongyang. “But we have a planning process, and we can’t make perverse decisions.”
Refusing permission for such a scheme might seem perverse in the eyes of its developers, but it will be essential if the rest of the park is to develop into decent piece of London. As long as those in charge of balancing the books hold more sway than those overseeing quality control, the Olympic legacy will be one of commercial compromise over considered place-making.