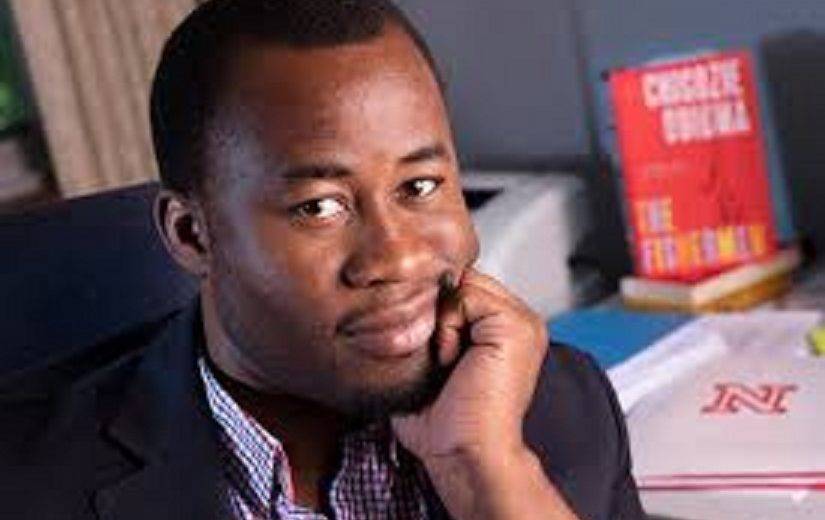 In his signature work Things Fall Apart, Nigerian literary legend Chinua Achebe charts the demise of an Igbo community at the hands of colonialist missionaries.

While a work of fiction, the novel reflects the stormy history of Africa’s most populous and ethnically-diverse nation, which came into being in its current form when the Northern and Southern Nigeria Protectorates were merged into a single country in 1914 at the behest of British administrator Frederick Lugard.

According to Chigozie Obioma—a Nigerian novelist described by The New York Times as the “heir to Chinua Achebe”—the country is at risk of unraveling for real as multiple forces, including pro-Biafra secessionists in the southeast and oil militants in the southwest, demand that their voices be heard.

“The thing with Nigeria is that, just like every other colonial state, the country is an arbitrary nation,” says Obioma, whose debut novel The Fishermen was nominated for the Man Booker Prize in 2015, in an interview with Newsweek.

The author, an Igbo himself, says he is not surprised by the resurgence in pro-Biafra sentiment. Biafra existed as a republic between 1967 and 1970, after a mostly Igbo region of southeast Nigeria seceded from the rest of the country, sparking a three-year civil war in which more than 1 million people died.

Large protests have been held across Nigeria in support of the Biafran cause, particularly since October 2015,when Nnamdi Kanu—the leader of one of the main secessionist groups—was arrested by Nigerian security forces. Kanu remains in detention, facing trial for several counts of treasonable felony, which he denies.

Obioma also points to militant groups in the oil-rich Niger Delta—such as the Niger Delta Avengers, who have attacked oil pipelines and threatened secession—as reflecting a fundamental dissatisfaction with the absence of a cohesive national identity that boils down to Nigeria’s colonial past.

“We are constantly and perpetually in search of ourselves,” he says. “This is why in most countries in Africa, each person sees themselves first as belonging to a tribe rather than a country… Nigeria as an idea was a foreign idea, and we need to create a country by ourselves that we will be responsible for. If it goes wrong in the future, we will not say, ‘Oh, it was an idea of the foreigner.’ We formed it and so we will be responsible for its success or its failure…

“Nigerians do not believe in the idea of Nigeria because they know it was somebody else’s idea.”

Born in Akure, in the southwestern Ondo state, Obioma completed the first few drafts of The Fishermen while studying at university in Cyprus. The novel follows four brothers—Ikenna, Boja, Obembe and Ben—who defy superstition to become secret fishermen at the Omi-Ala River, which is believed to be cursed by the townsfolk. There, they encounter a madman named Abulu, who prophesies that Ikenna will die at the hands of one of his brothers. The prophecy consumes the rest of the book, slowly tearing the family apart.

The book is set during the military dictatorship of Sani Abacha, thought to have been one of Nigeria’s most corrupt rulers. Abacha is thought to have looted up to $5 billion in public funds during his tenure from 1993 to 1998, which the current administration of President Muhammadu Buhari is desperately trying to recoup.

Buhari has made cracking down on corruption one of the priorities of his presidency—numerous high-profile figures have been put on trial for corruption, and the government claims to have earmarked $10 billion in cash and assets for recovery from alleged corruption.

But Obioma thinks that Buhari will have a difficult time overturning what he says is an endemic part of Nigerian culture. The author says that cronyism—the idea of using one’s contacts to succeed in life—is considered a vital part of business in his own Igbo culture, for example.

“That’s why the Igbo man, once he sees an advert for a job, he goes and looks for somebody who knows somebody who is involved in that decision. He doesn’t apply directly and follow the rules—the advert is merely informational,” say Obioma. “So until the African understands that, ‘Look, you cannot have this worldview together with [a Western worldview], it’s radically different,’ then we can’t develop. Anything else is a waste of time and energy.”

One of the priorities of the father of the boys in The Fishermen is that his children obtain a Western education. After scolding the boys for fishing in the cursed river, Father exhorts them for their courage and says he wishes for them to be “fishermen of the mind. Go-getters. Children who will dip their hands into rivers, seas, oceans of this life and become successful: doctors, pilots, professors, lawyers.” According to Father, the way to go about achieving this is by studying in Western schools.

The emphasis on Western education in Nigeria is evocative of Boko Haram, the Islamist militant group in the country’s northeast whose moniker literally means “Western education is forbidden.” Boko Haram evolved out of a band of radical preachers into the world’s deadliest militant group—since taking up arms in 2009, it has killed tens of thousands of people and displaced more than 2 million.

Its stated aim is to establish an Islamic caliphate in the region run under an extreme interpretation of Sharia law. The group has lived up to its given name, forcing millions of children out of education in Nigeria.

For Obioma, the ideology propagated by Boko Haram is foreign to the region in which it has staked its (weakening) claim . “If it were a natural resistance against Western education, that that would have been in many ways a meaningful thing,” he says. “But Boko Haram is a religious ideology and that religion is, in fact, not originally African. They are just radicals who are espousing a very dangerous cause.”

Obioma says he was inspired to write The Fishermen when pining for home and family while studying in Cyprus. One of 12 siblings, the author recalls a telephone conversation that he had with his father, who told him of the growing affinity between his two oldest brothers, who had been at each others’ necks during childhood. The call prompted Obioma to create an idealized notion of family, which is put to the test in The Fishermen.

His next story, he says, will also draw on his experiences in Cyprus, being a Nigerian love story about a protagonist who has relocated to the Mediterranean island. But Obioma says he is not finished with The Fishermen yet—plans are afoot for the novel to be made into a stage play and, eventually, a film.

The Fishermen by Chigozie Obioma is published in the U.K. by ONE/Pushkin Press.