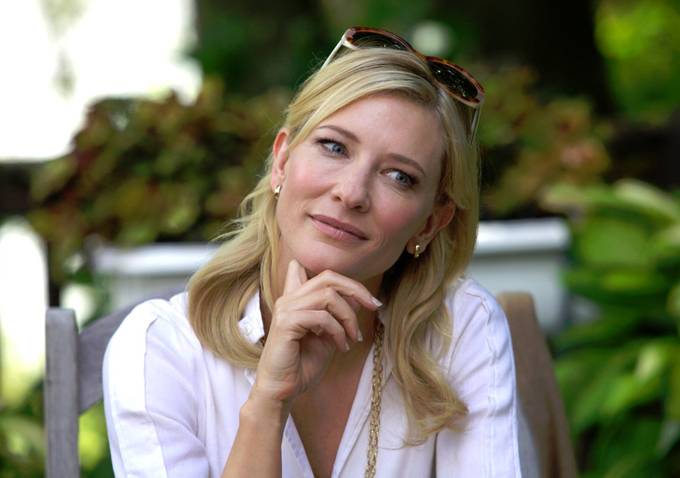 Dear Reader
Woody Allans’ Blue jasmine is an errand to the deep insight of human behaviour and a stout comparison between reality & truth. this article is more of a pragmatic resource to those who has or hasn’t seen Blue Jasmine. I deliberately categorized the film into certain possible fractions so that the mood can be explained systematically and highlighted characters who marked an appeal to the audience .

1) The film begins with Jasmine ( Cate Blanchett) and her appalling one track communication with an old lady in her flight from New York to San Fransisco , she was constantly praising her married life and moments though knowing the fact it doesn’t exist anymore. Woody Allan here portrayed an dethroned woman desperately trying to establish her past conditions to a co passenger. He carefully crafted Jasmines’ guilt and her monologue. But equally he referred her ego to be as someone who still instigates a commanding authority. But why guilt? Jasmine was always possessive about her husband, Hal (Alec Baldwin) But is the possessiveness meant for love or the status symbol she deeply inherited from her husband? The director strikes this question to a section of women, who unconsciously succumb to this confusion largely.

2) In San Fransisco she meets Ginger ( Sally Hawkins), her cousin who just got separated from her husband. Gingers’ ideal reason for this divorce may not be Hal and his illicit technique of squeezing her money but according to her husband Augie, it is. Though apoplexy she didn’t cornered the thought of accompanying her in her rough times. The director again was trying to showcase two parallel situations through Ginger & Jasmines’ characters.

1) Ginger – How well she compromised her pain of divorce to stick to someone whom she consider to be the reason.
2) Jasmine – How she was subconsciously driven by her habits of domination which resulted for another oversight.
According to a renowned institution of Psychology it is been considered that there are various psychological state which results in domination. here the reason is gender. And these factor usually emerge from a sense of tremendous confidence of belonging. Which even after collapse people embroil with such authority and ends in derogatory.
3) Now Jasmine really got issues regarding Gingers Boyfriend Chili(Bobby Cannavale ) The reason cause he carries a lower middle class standard with an unpolished profile. Jasmine hated his way of approach and way of interactions. It is only cause she is still subdued by the upper class society in New York , it is equally very difficult for her to loose her inheritance of class. Woody Allan diverts this thought to a significant level when Gingermystified Materialism over Love and inspired by Jasmine she splits with Lousie. It connects to the matter that often we idolize monetary aspects more than affection where security becomes an integral part.

While duped between reality and truth , Jasmine found love yet again with Peter Sarsgaard , a wealthy widower . While Jasmine craves to be an interior designer , Peter aspires to be a Congressman. As the relations grows she re – boost her surreal status and also drubbed the fact of her past separation mentioning its’ his early heart attack dismiss. However the romance elevated to the stage of marriage. While one day on her way to purchase the wedding ring with Danny, she bumps into Augie. Augie speaks about his mistreated life, his separation, how he still tame the malice for Hal, cause of his treachery and finally updated her about her son, Danny who is working and living nearby Oakland. Needless to say Dwight after this understanding of Jasmine call off the engagement. Woody Allan showcase a woman who despite of loosing relations and affections is arrogant enough to stick to her departed class.

Danny who was affectionate of Hal and Jasimine both, couldn’t managed to forgive her who in a fit of rage called FBI and revealed his fathers’ fraudulent dealings just because of Hals’ weakness towards a teenage girl. As she came back to Gingers’ place, she discovers her growing love for her wayward boyfriend and confronts them . But Ginger finally realised affection over status and take his side. Jasmine lied to Ginger about her establishment with Dwight and moved off.

The last shot was taken on a bench where she is sitting alone, weeping, deserted. Now she has no one but her bygone status, she is left with her lies and anxiety. But a closer look will depict on how sincerely and strongly Jasmine has succumb to her fake world and in spite of her dislodge she still prefers to be overshadowed by it.