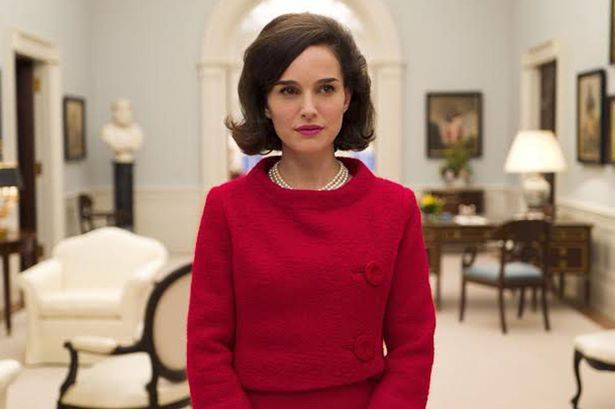 Will Portman’s Portrayal of Jackie Kennedy Put Her Back in Oscar Contention?

Five years after Natalie Portman earned Best Actress at the Academy Awards for her frenetic role in Black Swan, the actor is back in the awards conversation for her portrayal of U.S. first lady and fashion icon Jackie Kennedy.

Jackie, a new biopic from Chilean director Pablo Larrain, chronicles Kennedy’s efforts to rebuild her life (and also depicts events prior to) after the assassination of her husband, U.S. president John F. Kennedy, in November 1963.

The film screened at the Toronto International Film Festival (TIFF) on Sunday and Tuesday to critical acclaim, with Portman earning high praise ahead of the Oscars next year. On Monday, Fox Searchlightpicked up distribution for the film and set a U.S. release of December 9, which would put Jackie—and Portman—right in the heart of awards season.

The Hollywood Reporter said Portman “nails the regal poise, purring voice, proper accent, dazed look and frosty demeanor of the public Mrs. Kennedy,” while also creating a “fascinating portrait” of the solitude she would have felt in the immediate aftermath of her husband’s death, as she was left with raising their young children and arranging a funeral.

In a five-star review, The Guardian praised the film’s unusual plotting—“whirling” between different events rather than unfolding chronologically. The script by Noah Oppenheim, meanwhile, richly depicts a “wonderfully complex character, bursting at the seams with contradictions.” The British newspaper also had high marks for Portman, whom it said “thoroughly nails Kennedy’s breathy and docile-sounding voice, without letting the affectations get the better of her.”

Jackie is a “character study that projects its subject’s inner turmoil onto the whole map of the movie,” reported Vanity Fair. “It’s as if we’re inside Jackie’s head. It’s a thrill to have Portman give us a tour.”

The TIFF is considered an indicator of films that could be Oscars contenders. Also earning rave reviews at the festival is Emma Stone in the musical La La Land, which reunites her with Ryan Gosling for their third movie together.