Japan-India Strategic Partnership, though ongoing and evolving, contextually needs game-changers in view of Asian security turbulence generated by China. This should be the prime focus of Indian Prime Minister Modi’s long awaited visit to Japan next week.

Japan and India exist in turbulent security environments with nuclear weaponised neighbourhoods foisted by China and by China’s aggressive territorial claims on both Japan and India. The China Threat is real and strategically in being, challenging security planning in both countries.

Japan and India fortuitously are presently headed by two strong and assertive Prime Ministers who have accorded prime focus to their respective national security challenges and also to Asian security as a whole.

Reflected in my earlier SAAG Papers were the imperatives of Japan and India being the twin pillars of Asian security to face the challenges of a militarily rising China with hegemonistic impulses to dominate the Asian security template. Reflected earlier this year by me at an International Seminar were the imperatives of Japan and India forming the nucleus of an indigenous Asian Security Coalition around which other countries threatened by Chinese military aggression like Vietnam and Philippines can coalesce. Japan has already provided that resonance in South East Asian capitals and the wider Indo Pacific. India also needs to adopt a similar lead.

The Indian Prime Minister’s visit to Japan would obviously refer to Japan and India’s long standing historical linkages and cultural affinities. There will be enough emphasis on expansion of Japanese trade and investments in India and increase in scientific cooperation. But these are not enough to forge a vibrant and substantial strategic Partnership.

Japanese and the Indian Prime Minister need to reach out over and above these routine initiatives in summit meetings between political leaderships of both Japan and India. They need to tread into untreaded strategic domains to send a strong message to Asian nations that Japan and India are capable and determined enough to provide countervailing strength against China in the decades to come.

Japan-India Strategic Partnership to send a strong message in Asia and their benign stakes in Asian security need to break down the fences of ambiguity in their existing respective strategic formulations and shed long held shibboleths that dominate their political and strategic thinking.

In my assessment there are two major strategic game-changers that Japan and India need to add to their Strategic Partnership as starters and these can be added by the determination of Prime Ministers Modi and Shinzo Abe as they sit down in Tokyo for deliberations on September 01, 2014.

Japan could add a strategic game-changer in the Japan-India Strategic Partnership by finalising the long-pending Civilian Nuclear Agreement with India during this visit. India’s proven record of being a “responsible” nuclear weapons power needs no reiteration. Japan would be well-advised not to equate India with rogue nuclear regimes like North Korea and Pakistan in terms of any decision to provide civilian nuclear power generation plants in India and associated technologies.

Japan’s domestic opposition to nuclear exports is psychological in nature and is understandable. However, Japanese leaders need to educate the Japanese public that any nuclear exports to India are not to a rogue country but to a country which values and intends to invest strongly in the Japan-India Strategic Partnership and is in the interests of Japanese national security.

Further, such an initiative readily implemented by Japan would contribute immensely to adding ‘Strategic Trust’ in their much desired strategic partnership. It would also transmit appropriate political and strategic signals in Asia and globally too.

The Indian ‘game-changer’ pertains to India shedding its strategic ambiguity on China induced by India’s ‘China Hedging’ policy stances and also an overly deplorable sensitivity to what China wold think as India and Japan forge a robust strategic partnership. Japan may not articulate it as such but this Indian propensity to respect Chinas sensitivities at the expense of Indian national security and India’s imperatives for a strong Japan-India Strategic Partnership does not really endear India to Japan’s national security establishment.

Concluding, one would like to observe that Indian security planners need to jettison their strategic thinking that any ‘China Hedging’ formulations would bring strategic dividends to India from China. The Indian political leadership and their security advisers need to make the fateful strategic choice whether to place India’s “Strategic Trust” in an adversarial China and its new found tactical overtures to India or strategically invest with unambiguous “Strategic Trust” in a robust, vibrant and long range Japan-India Strategic Partnership, which could eventually prove to be the biggest “Game Changer” for Asian security. 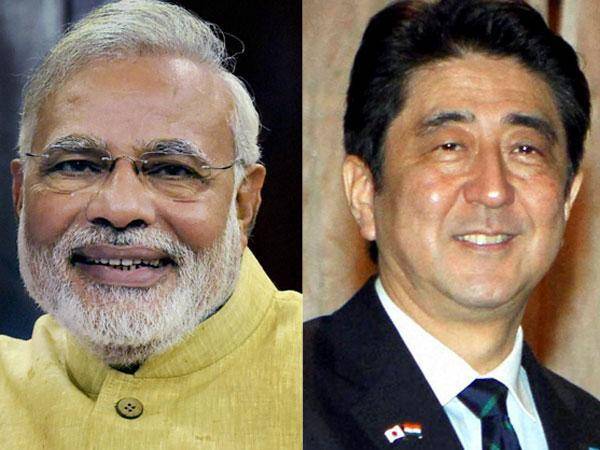 As on date no new dates for PM Modi’s visit to Japan have been finalised which creates wrong perceptions in Asian capitals that India has unwittingly landed itself in a perceptionaly dangerous trap of being viewed as being a party to strategic marginalisation of Japan which China would welcome. It needs to be remembered that in Asian capitals in regions where India’s Look East Policy is being implemented, the China Threat is a palpable perception.

Who is currently managing the diplomatic calendar of Prime Minister Modi after assuming office? Surely accountability is called for here because the postponement of a highly strategically symbolic visit and a highly publicised visit to Japan is no small matter.

India has advanced the ostensible reason for postponement of Japan visit as PM Modi’s imperatives to be present in New Delhi from July07 to mid -August for the first Budget Session. Surely, it was not difficult to have foreseen this requirement and tailored the Prime Minister’s visit accordingly or the Budget Session dates moved ahead.

If the Indian Prime Minister can proceed to the BRICS Summit in mid-July the Japan visit scheduled for July 03 could have proceeded as scheduled as it was preceding the Budget Session.
Contrastingly, Japanese Prime Minister Shinzo Abe placed in the similar piquant situation in January 2014 after his visit to India as Chief Guest on India’s Republic Day Parade 2014 opted to take special permission of the Japanese Parliament for three days to honour his commitment to India.

Worse still were media reports reflecting that Japan came to know only from media reports of PM Modi’s postponing his Tokyo visit. One hopes that this is not true. The Indian Prime Minister’s letter to the Japanese Prime Minister seeking fresh dates is said to have followed later.

Obviously, there is much more than meets the eye in this thoughtless postponement of PM Modi’s highly symbolic visit to Japan as the first foreign country outside South Asia to be visited by the new Indian Prime Minister. The Japanese Prime Minister had made high political and strategic investments in getting the new Indian Prime Minister to make Japan his first foreign policy Summit Meeting and it does not augur well that this should have been given a pass-over by India.

It is also difficult to concede that the Indian thoughtlessness has arisen from some bureaucratic oversight.

In passing one would also like to observe that with a new Government having assumed office in New Delhi the Vice President’s just concluded visit to China should have been postponed till some Indian political visits to China had taken place. Further reticence is called from such dignitaries in terms of pronouncements which have political and foreign policy contours.

Two thoughts strike the mind as to what could have contributed to the abrupt postponement of the visit of the Indian Prime Minister to Japan on July 3 2014 as already scheduled and announced. Further, the situation gets worsened as no fresh dates have been announced.

China may not have planned the trap but it is India which itself has entrapped itself in a piquant trap where the first perception gains ground that India defers to China’s political sensitivities as opposed to the value-added strategic sensitivities of Japan.
The alacrity with which the Chinese Foreign Minister arrived in New Delhi to establish diplomatic contacts was unprecedented and intended to beat every other country especially Japan to do likewise.

If the above be true then the Indian Prime Minister would be left with very little time and space to pack –in a Summit Visit to Japan keeping in mind that the Budget Session would end only in mid-August.

Reports also suggest that there is pressure for PM Modi to have a stop-over Summit Meeting with the German Chancellor on his return flight from the BRICS Summit.
Deducing from all the above developments it appears that PM Modi would be able to proceed for the Tokyo Summit Meeting only after September and that too after he attends the UN General Assembly session and meeting President Obama. Also if the Chinese President comes visiting in September then China would have succeeded in relegating Japan in India’s diplomatic scheme of things.

All of the above, if true, would convey the perception to Japan that for some inexplicable reason India has changed its tracks from its earlier euphoric stances of placing the Japan-India Strategic Partnership on the highest pedestal of its foreign policy priorities.

The second perception that strikes the mind viewing the above contradictory scheduling of PM Modi’s Summit Meetings is that one hopes that India’s Foreign Office is not working at cross-purposes with India’s new National Security Adviser. One hope not for India’s good.

When it comes to China and Pakistan policies of the Modi Government, the Prime Minister would be well advised to heed his National Security Adviser’s recommendations rather than the Foreign Office. In the last ten years India’s Pakistan and China policies were ill- served by the previous Indian policy establishment and its advisers

India must get its Asian security policy formulations and priorities right. India should overcome any predicaments or dilemmas in making its choices between China and Japan.
China is no friend of India and will continue to persist in strategically diminishment of India and limit its strategic options in the ongoing power tussle in Asia. India needs to guard against being entrapped by China into siding with it in any strategic marginalisation of Japan.

China’s Asian power struggle strategic blue-print surely incorporates strategies to marginalise Japan overall in Asian scheme of things. A major plank of this Chinese strategy would be to induce or entrapment of India in the strategic marginalisation of Japan.

Japan has been a valued strategic partner and will prove to be more so in the coming years and India has to walk the extra mile to respect and honour strategic sensitivities so that Japan and India emerge as solid and substantive pillars of Asia Pacific security and Asian stability.

India will be judged by the perceptions it creates as it navigates the treacherous path of avoiding entrapment by China in its strategic marginalisation of Japan as China proceeds to implement its strategic blueprint of establishing itself as the undisputed predominant power in Asia.

This article was reprinted courtesy of SAAG.

For more on Indo-Japanese relations, we recommend the following link: Indo-Japanese Relations: A Flip Flop in the Making – The Diplomat