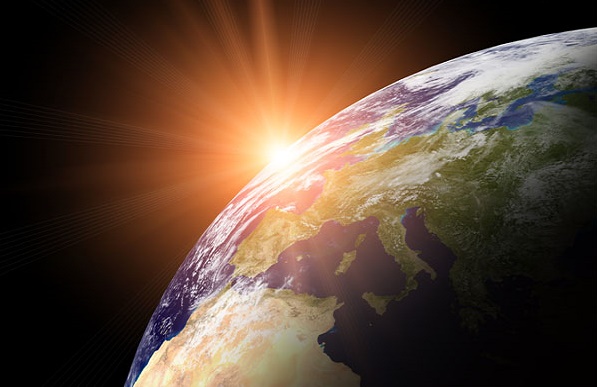 Can Americans really be so ignorant – or is something more sinister at play?

The world that legendary Italian Physicist, Galileo Galilei was born into on February 15, four hundred and fifty years ago, was still one that was eclipsed by the long shadow of The Middle Ages.  While historians call this period The Age of Discovery, and it may well have been, it was a hard life for the discoverers as Galileo’s ghost might tell us.

This is why the Italian Physicist whose work confirmed the Copernican Model of the movement of heavenly bodies that the Earth was not the centre of the universe, would be aghast at the recent results of a survey of 2,200 Americans conducted by the National Science Foundation (NSF) found that just over a quarter of all Americans still believe that the Sun orbits the Earth and not the other way around.

Now, just so you’re thinking that maybe the problem was in the questions – they weren’t clear – maybe there was a trick embedded, somewhere, hold on: The question, which was simply phrased as, “Does the Earth go around the Sun, or does the Sun go around the Earth?”, left 26 percent of Americans totally stumped. And, for all they could recollect, the names Copernicus and Galileo might well refer to the names of the neighbour’s dogs!

The survey will form part of a report set to be presented to Barack Obama and lawmakers in The US Congress, and are likely to once again raise the issue of educational standards in the United States.

Other startling results from the survey included that only 39 per cent of Americans believe “the universe began with a huge explosion”.  Or didn’t you know?  The Big Bang Theory is a popular American TV Sitcom.

And fewer than half of the people surveyed (48 per cent) agreed that “human beings, as we know them today, developed from earlier species of animals”.

The study also demonstrated that a total of 42 per cent of Americans thought astrology was either “very scientific” or, at least, “sort of scientific”.

Despite the somewhat negative findings of the study there is, perhaps, a glimmer of hope.

The survey revealed that nearly 90 per cent of Americans believed the benefits of science outweigh any dangers. Thirty per cent believe science deserves more funding from government, and around 90 per cent expressed an interest in learning about medical discoveries. 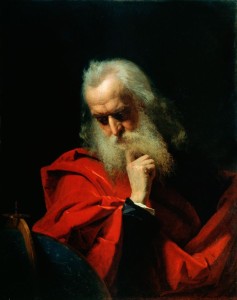 But would Galileo be encouraged by the results – you ask?

Let’s look for the answer in his own words:

“Infinite thanks to God,” Galileo wrote in 1610, “for being so kind as to make me alone the first observer of marvels kept hidden.”

This might sound rather arrogant but, to put the quote in perspective: He was celebrating his discovery of Jupiter’s four large moons: Io, Europa, Ganymede, and Callisto. This was an enormously significant discovery as it revealed that some objects revolved around something other than the Earth, which helped Galileo to conclude that the Copernican model of Heliocentrism or the fact that the Earth circles the sun was valid.

This finding, in turn, would earn the heated ire of the faithful in the Catholic world and later, attract the cold calculating and oppressive hand of the Inquisition.

Galileo was found “vehemently suspect of heresy”, namely of having held the opinions that the Sun lies motionless at the centre of the universe, that the Earth is not at its centre and moves, and that one may hold and defend an opinion as probable after it has been declared contrary to Holy Scripture. He was required to “abjure, curse and detest” those opinions.

He was sentenced to formal imprisonment at the pleasure of the Inquisition. On the following day this was commuted to house arrest, which he remained under for the rest of his life.

His offending book, Dialogue was banned; and in an action not announced at the trial, publication of any of his works was forbidden, including any he might write in the future

The Vatican officially apologized in 2000 for Galileo’s heresy trial, which resulted in the scientist being kept under house arrest for the last eight years of his life.

Gallileo believed in dissemination of knowledge, and his correspondence with peers in Holland where he was forced to go to propagate his beliefs, forms the foundation of what has become a healthy and vibrant tradition of scientific discourse.  He corresponded widely with other natural philosophers and the great innovative minds of his time, such as Johannes Kepler, who first wrote down the laws of orbital motion

In writing down their discoveries, Galileo and his contemporaries created the beginnings of the system of scientific correspondence that we know today as scientific journals, where discoveries are openly described by their methods, results, and possible shortfalls.

This was quite a contrast to the gnomic writings of alchemists, who cloaked their recipes in mythological allusions and double-talk. The open discourse of the scientific enterprise is one of the abiding gifts of the Renaissance. (Although it is worth noting that Galileo resorted to scrambling news of his findings in code in letters to Kepler.)

Galileo not only wrote to fellow scholars, he also wrote for the public, notes historian Doug Linder in his account of the trial of Galileo. “He seemed compelled to act as a consultant in natural philosophy to all who would listen,” Linder writes. “He wrote in tracts, pamphlets, letters, and dialogues—not in the turgid, polysyllabic manner of a university pedant, but simply and directly.”

That talent for communication was quite likely what got him in hot water with religious authorities, ending with the heresy trial, one of history’s crueler attacks on independent thinking. The trial haunted the Vatican for centuries; its treatment of Galileo added momentum to the Enlightenment’s demand for intellectual freedom, which opened the way for such documents as the U.S. Constitution and the United Nations Universal Declaration of Human Rights.

So, bearing all of this in mind, given the advent of the internet in knowledge dissemination, the ignorance of such a large chunk of Americans is not very encouraging in the Information Age.

Wait…here’s something else Galileo said: “We cannot teach people anything; we can only help them discover it within themselves.”

So one quarter of Americans aren’t ready to discover within themselves that the Earth revolves around the Sun, regardless of how much information is available out to the contrary.  Maybe we’ll have to wait another four or five centuries for the lot to catch up.

We The Global Calcuttan wonder – Could it be possible that Americans are misinterpreting the title of New York Times Journalist, Thomas Friedman’s famous book on Globalization? I am referring to the book entitled – The World is Flat. How else could a book on globalization become so popular in a country that revels in the provincialism of its ‘heartland’.