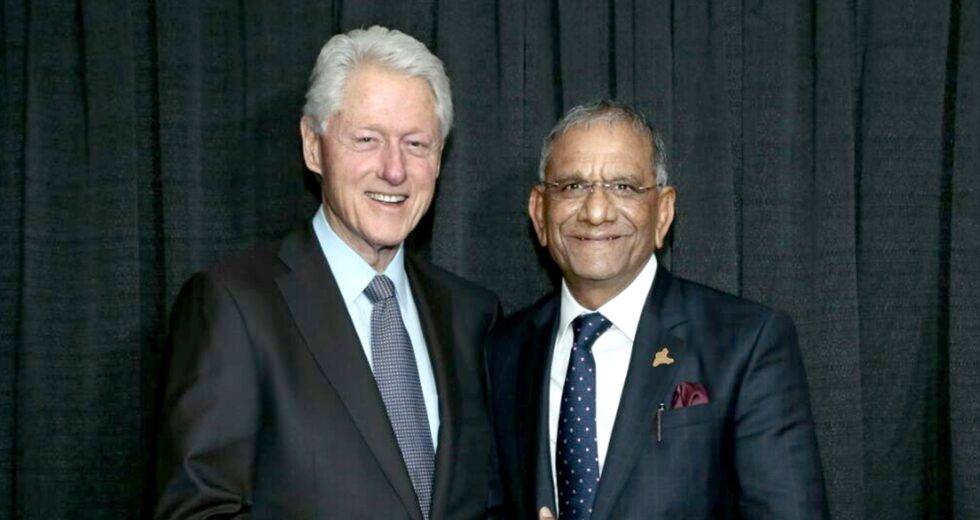 Complete with a Hollywood-style pauper to prince narrative, transformative entrepreneur, Govind Dholakia, has revealed his compelling life story after working over a half century in India’s diamond industry. Narrated to Arun Tiwari who co-authored APJ Kalam’s acclaimed biography, Wings of Fire and Kamlesh Yagnik, president of Sarvajanik University and head of SRK Knowledge Foundation – both of whom are co-authors – Mr. Dholakia’s colourful memoir called Diamonds are Forever, So Are Morals, is an informative amalgam of business anecdotes and ethical instruction recounted in a charming conversational style.

Unlike others on India’s burgeoning list of tycoons such as the Ambani family, the Tatas, and the Birlas, Mr. Dholakia’s considerable fortune did not come from inherited wealth,. Neither could he avail of any societal advantages like graduation from prestigious institutions such as outsourcing entrepreneur, N.R. Narayan Murthy or tech mogul, Arjun Malhotra, both of whom are IITans. Indeed, Ratan Tata admitted as much when they met at Mr. Dholakia’s home in 2018. “I am where I am because of the circumstances into which I was born. You built your fortune from nothing,” he said.

Hailing from the impoverished farm belt in Western Gujarat, where he toiled in the wheat fields after school, he ultimately dropped out at age fourteen to hop a train to Surat with aspirations of seeking opportunities at the city’s factories.

Govind Dholakia with Ratan Tata in Surat at Mr. Dholakia’s home. Mr. Tata mentioned that he was fortunate to be born into the wealthy Tata family and that he advantaged by his birth, whereas Mr. Dholakia, is an entirely self-made success.(Source: SRK Knowledge Foundation)

It was 1964 and Surat, which Mr. Dholakia has helped successfully metamorphize into a modern industrial hub, was then a cesspool of child labour, rampant petulance, ubiquitous pollution, and dangerous working conditions. Drawn to Surat’s already well-established diamond industry, he apprenticed as a polisher for six months during which time he was totally unpaid. Thereafter, he earned the paltry sum of Rs. 103 per month working in the factory.

Still, he was able to find solace in the work. “When I worked on the farm, the summers were so hot, it felt like my skin was ablaze. At least in the factory, I had some shade. Of course, there were no A/Cs or fans such as there are now – but when one experiences the burn of the Gujarat sun in the summer, shade offers tremendous relief.”

A far cry from the computer imaging and diamond cutting / polishing machines utilized at SRK’s modern, Empire building or even newer SRK House, then diamonds were cut and polished by hand. It was painstaking and arduous work. Still, the teenaged Dholakia found it gratifying. “It was very satisfying to see the lower-quality diamond scratching the gem diamond, stroke-by-stroke to remove diamond dust and small fragments until the crude scrape was accomplished.”

He wasn’t satisfied for long. “I was yearning to start my own little business…I wanted to be a leader and not a follower.” Indeed, when he brought up the idea, most thought he was delusional. Still, he remained undeterred in his conviction that he could make a success of himself.

He saved as much as he could – Rs. 500 – ultimately risking it all. He still needed his friend, Virjibhai to make up the Rs. 410 difference, generously offering up the household expenses budget, he bought his first set of ten rough diamonds for upfront cash. Earning a ten percent profit – near about a month’s wages – it became an addiction, and he was soon being offered many roughs to polish. It wasn’t long before his company named for his two favourite Gods, Rama and Krishna was born.

With the polishing business flourishing, he soon realised that the real money lay in exporting. Then, Antwerp, Belgium, was the World’s diamond premier trading hub. Dholakia and his closely knit band of cohorts took on a local Indian partner located in Antwerp to make the deals. The partner could speak good English, and he proved trustworthy, so many deals were brokered. .

While Mr. Dholakia’s first foray into polishing and big diamonds fell short of success, he remained undeterred, persevering, and becoming the leading polisher and exporter of large diamonds in Surat.

Ninety percent of the world’s diamonds are polished in India – and ninety percent of those diamonds are polished in Surat. As one might imagine, the volume of diamonds that Mr. Dholakia came to polish and export became significant. Ultimately shortly after the turn of the century, he became what’s called a ‘sight-holder’ for the global diamond mining giant, De Beers. This enabled him the privilege of buying rough diamonds directly from world’a largest diamond sourcing company, initially, in London and later in Africa when they moved their sight facility to Botswana.

Becoming a sight-holder was a rigorous process and Mr. Dholakia’s company, Sri Rama Krishna Exports (SRK) is one of a scant number of Asian companies, which hold this privilege.

GIVING BACK TO THE COMMUNITY

The general model of people who become wealthy in India is to seek respectability after gaining wealth and become superficially involved in works considered to be of social value. I, personally, know of such people in Kolkata – one crooked businessman who lectures about Sri Ramakrishna Paramhamsa at Bengali conferences – another is a Punjabi real estate mogul who opened up a private college similar to that of Donald Trump’s ‘university’.

Unlike these frauds, Dholakia has given back to his community in a very real and meaningful manner. When I went to see Mr. Dholakia in Surat, I was shown the school that he founded, and the subsidized clinic that he established. In addition, he has set up a free clinic in his village where doctors go every day to treat a long line of patients.

Moreover, during my visit to Surat, I was taken to the 800-bed hospital, which Mr. Dholakia played an integral role in co-founding and for which he helped raise funds. Narendra Modi inaugurated the ground-breaking as Chief Minister, and went on to open the doors of the hospital as Prime Minister. Mr. Dholakia mentioned quite candidly how Mr. Modi helped shape the vision of the co-founders around the scale of facility and extent of development.

His foray into the airline business was to provide a low-cost domestic airline within Gujarat. It is a money-losing venture but one designed more as a public service to keep the airport running and active rather than a profit-making enterprise. Now, with the airport revitalised and some thirty flights taking off and landing in Surat, the airline serves his business and family needs.

By adhering to prerequisites and credits that address carbon, energy, water, waste, transportation, materials, health and indoor environmental quality,  Dholakia’s ultra-modern offices have earned the US Building Council’s highest LEED Platinum certification, which is the highest rating that can be obtained. This is no small feat. The governments of certain Western nations have struggled to obtain LEED Green status – a full two rungs down the ladder!

One example of this innovation is the central air conditioning in his newest building, SRK House, completed in 2020: it uses no chemical coolant, running completely on water. Hence, it has zero greenhouse gas emissions. Indeed, the only effluent it produces is steam. This kind of modernization is truly revolutionary in a country like India in which the environment is literally the last priority (read that to mean no priority) for most businesses.

“Having been a child labourer, myself, I know what it’s like to have one’s childhood taken away. So, the issue is very close to my heart.”

Mr. Dholakia has helped clean up the once exploitative diamond polishing industry, leading by example to ensure that no children are working at his and affiliated factories. Indeed, his diamond cutters and polishers – all of whom are adults- are eligible to avail of an incentive program in which high performers share profits. SRK’s top diamond polishers can make, with profit sharing, upwards of several lakhs of rupees per month, the kind of salaries that top professionals such as doctors and finance professionals earn.

The facilities in his SRK House building contain resting rooms for those who wish to nap during the day. And, the canteen offers food and beverages throughout the day at no cost to the employee.

My trip to Surat enabled me to sit down with the diamond baron, and this interview will be published in a forthcoming featured post along with a reprint of this article.