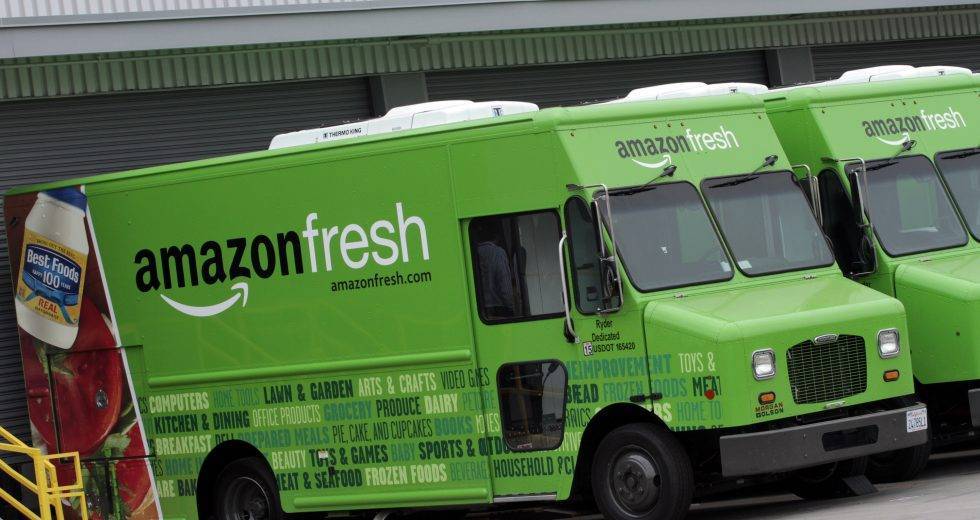 This article was originally published on the Motley Fool.

For a long time, Amazon.com’s Prime Fresh grocery delivery program has always seemed like a bit of a forgotten business.

Unlike nearly every other project the e-commerce juggernaut has launched, Amazon Fresh has moved at a surprisingly slow pace. After it was introduced in 2007 in Amazon’s hometown of Seattle, the company tested the service for several years, not expanding it until 2013, when it expanded to Los Angeles and San Francisco. Over the following two years, it added San Diego, New York, Philadelphia, Baltimore and Sacramento.

This summer, it seemed to have accelerated the pace of expansion, launching in Boston and going across the pond for the first time to London, a sign that it could soon add even more cities.

But grocery represents different challenges than the rest of e-commerce. Storing and delivering requires freezers and coolers, and items are perishable, meaning a separate set of logistics may be necessary to handle inventory.

Amazon has grown to prominence by selling almost everything imaginable for a low price with the convenience of quick delivery. It’s a great service if you’re looking for a random product like a bike rack or an obscure book, but groceries don’t work that way. Consumers want their onions and tomatoes to be fresh, not specialized. Without the confines of a retail space, Amazon is able to carry millions of SKUs in its massive warehouses, but the fresh foods shoppers buy regularly tend to number only in the dozens.

Unlike the smorgasbord of perks offered with a standard Prime membership, which includes free two-day delivery on select items and access to Amazon Prime Video and the Kindle Lending Library, Prime Fresh costs extra, at $299/year, or $200 more than a regular Prime membership.

Amazon isn’t alone in the grocery delivery business. Fresh Direct has been around since nearly the dawn of the internet, and it just received a $189 million cash infusion. Ahold’s Peapod predates the internet, and start-ups like Instacart and meal kit services like Blue Apron have quickly found a customer base. Whole Foods Market has invested in and formed a strategic partnership with Instacart, giving it a significant stake in delivery, and  Wal-Mart has found success with its hybrid model, which allows customers to order online and pick up from a kiosk in a store parking lot. That program has expanded to more than 30 markets and 400 stores in just a couple of years.

Unlike most of its competitors, Amazon charges a steep upfront fee that caused some customers to balk when it was first introduced. But considering the average household grocery budget of $7,500 to $15,000 a year, according to the USDA, perhaps a $200 annual fee isn’t much for the convenience of delivery whenever you want it.

Let’s take a look how Amazon compares with some of its rivals:

Compared to its competitors, Prime Fresh isn’t such a good deal. It’s the only one in the group above that requires an upfront fee, and its minimum delivery charge is more than what all but one of its peers charge. In order for a subscription to make sense, customers would have to order deliveries about once a week. For existing Prime members to justify it, they would have to order groceries at least three times a month.

Amazon has a brand advantage, here. Prime members have come to trust its low prices, convenience and top-notch customer service. And for those already paying $99 for Prime, an additional $200 may not be so much to ask, especially for time-starved urbanites who want groceries on demand.

Taking over the grocery market may be a hill too steep to climb for Amazon, but the e-commerce giant doesn’t need to dominate it to benefit, here. This is a market worth more than $600 billion in the U.S., so even taking a small chunk of that could move the needle.