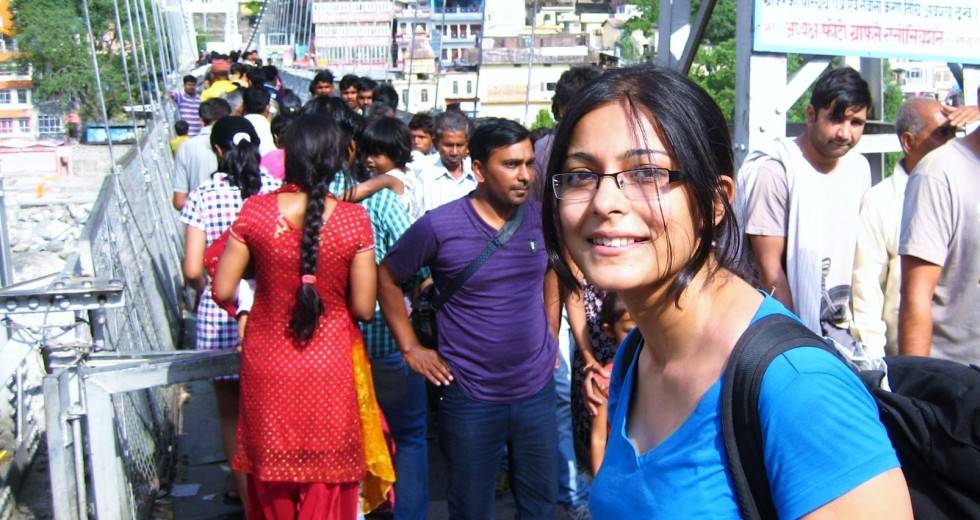 Author, sometimes actress/model (some may remember her as the Keo Keokarpipn Hair Oil Girl), academic and adventurer, Devapriya Roy joined us at Satyajit Ray Studio, ILEAD, during the Kolkata Literary Meet, this past January.

Devapriya was born in Calcutta, and lived in the Park Circus area, studying English Literature at Presidency College where she met husband and fellow writer Saurav Jha and with whom she recently embarked on a professional collaboration as well (more about that, later).

She left Calcutta to go to Delhi and Jawaharlal Nehru University for higher studies, doing an M.A. in Performance Studies, and starting a Ph.D. in Natya Shastra. In the midst of her academic career, she wrote The Vague Woman’s Handbook, which has oft been described as a quirky novel (we’ll just call it funny and heartwarming) published by Harper Collins in 2011. Devapriya made a big splash with her debut novel, which made it on the India Today Best Seller list.

While the first novel dealt with the lives of young women living in South Delhi, Devapriya’s second book, The Weight Loss Club: The Curious Experiments of the Nancy Housing Cooperative, published by Rupa & Co., last year, is set in Calcutta.

Currently, she is working on a unique travelogue with her husband Saurav, in which both quit their jobs to go on a four month expedition of India on the cheap: budgeting a mere Rs. 500 per day for the trip.

Very rare is it to meet someone whose has it all but she embodies the label “Gunni”: Talent, looks, intelligence, intellectual curiosity, and a sense of morality and decency (in Bengali, she would be called a ‘Bhalo Meye’ – good girl). Devopriya spoke to our managing editor, S.B. Veda about her books, memories of Calcutta, and the state of culture in the city.