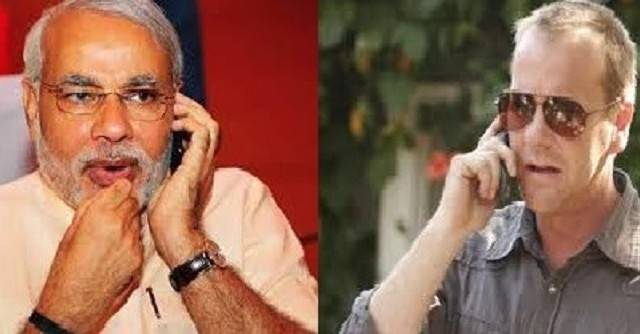 • Top News »\ (Reuters) – When Narendra Modi talks about creating jobs in labour-intensive manufacturing, textile entrepreneur Sudhir Dhingra hopes the Indian opposition leader means business.
Dhingra, who employs 30,000 workers in more than 20 factories around the capital New Delhi, says that politicians – for all their promises – have shown no interest in acting to avert a looming employment crisis.
“The government doesn’t care,” says the outspoken 66-year-old, who got his first break when he sold a batch of cheesecloth shirts to Britain in 1972.
Early on, Dhingra survived a change of fashion that saddled him with a pile of unsold stock. Learning his lessons – to keep close tabs on the market and control costs – he built Orient Craft into a $250 million business making 200,000 garments daily.
That success has come despite, and not thanks to, India’s politicians, who Dhingra says are obsessed by the size of investments but have given “no serious thought” to how jobs are actually created.
In the 63-year-old Modi, who polls show could become the next prime minister, Dhingra at last sees a leader who offers a better recipe: labour reforms, cheap land, steady power supplies and better infrastructure.
“Modi understands how to promote industry. He has a track record,” said Dhingra, a tall man who cut a patriarchal figure as he strode the floor of his busy factory.
MODI MODEL
Backers highlight Modi’s economic success over more than a decade as chief minister of Gujarat, which boasts one of the highest growth rates among Indian states thanks to the type of business-friendly policies that Dhingra favours.
In a recent research report, U.S. investment bank Goldman Sachs estimated that if other Indian states boosted manufacturing employment to levels achieved in Gujarat, India could create 40 million industrial jobs in the next decade.
Yet sceptics counter that Modi’s vaunted ‘Gujarat model’ favours capital-intensive industries and has failed to generate better jobs, while his Bharatiya Janata Party (BJP) had little success on labour reforms when it last ruled in 1998-2004.
Asia’s third-largest economy needs 12 million new jobs every year to absorb a growing workforce and urban migrants – a task made harder by the longest spell of growth below 5 percent since the 1980s.
The stakes are high: either India gets its youth working – more than half of its 1.2 billion people are under 25 – or it will fall further behind Asian leaders like China or South Korea that long ago embraced jobs-driven growth.
That is where firms like Dhingra’s come in: the 4,000 workers at its factory in Gurgaon, a satellite city of Delhi, each make around $150 a month supplying retailers like GAP Inc and Marks & Spencer.
The pay, just above the minimum wage, is low. But there is no shortage of takers – many cloth cutters or sewing machine operators working at the crowded but orderly plant are migrants from hard-up northern states like Bihar.
“Before, I wasn’t earning, but now I can save enough money to support my family,” Anita, a sewing machine operator, told Reuters. Her son is with her family, but she has been able to go home on leave to visit.
Orient Craft could expand further, but rigid hire-and-fire laws mean Dhingra cannot employ seasonal workers to meet peak summer demand for cottonwear. Overtime is tightly controlled.
“It slows you down – it’s too much bureaucracy,” said Dhingra, who still controls the business after handing ‘sweat equity’ to two longtime partners.
WORKFORCE VS WORKFARE
The signature jobs initiative of the present Congress-led government, a guarantee of 100 days’ paid work a year for the rural poor, has been faulted for choking the supply of labour to more productive urban jobs like those in Gurgaon.
With Congress heading for a drubbing at the polls, employers hope that the BJP, if elected, can make good on its manifesto pledges to fix India’s complex and rigid labour laws.
Subramanian Swamy, a party strategist, said that a BJP-led government would review the Industrial Disputes Act of 1947, which requires the state to approve layoffs in firms with more than 100 workers.
But how far Modi could go would depend on possible parliamentary alliances and whether he can win over sceptics in his own party.
“Labour reform is a sensitive subject,” said BJP spokeswoman Nirmala Sitharaman. “Steps would be taken in consultation with all stakeholders.”
Even if Modi wins a strong mandate, India’s constitutional setup may rule out radical change, as responsibility for labour policy is shared between the central government and the states.
“Modi’s likely instinct would be to amend labour laws to facilitate greater competition among the states,” said Milan Vaishnav, at the South Asia programme of the Carnegie Endowment for International Peace in Washington.
“However, this would require contentious legislative change and, thus, may not be an early priority.”
One prominent commentator, Omkar Goswami, argues that India’s labour laws “are politically impossible to repeal”, and Modi should focus instead on growth-promoting investment.
“That – and not the case for frictionless firing – is the basis of labour market reforms,” Goswami writes in “Getting India Back on Track”, a book due to be published by Carnegie in June.
Indira Hirway, of the Gujarat-based Centre for Development Alternatives, disagrees. She said Modi’s system had deprived workers of the benefits of gains in their productivity, making it the wrong model for India.
For textile boss Dhingra, a smart – if self-interested – solution would be for the state to subsidise his full-time staff rather than pay the rural poor to do 100 days work a year.
“Why don’t you consider connecting these 100 days to labour-intensive industries?” he told Reuters, volunteering to pay the wage bill for the other 265 days of the year.
“Our labour costs come down and we provide permanent work for the people. It’s a win-win situation.”