Pandemic panic: It’s not over

Posted by The Global Calcuttan on Monday, December 12, 2022 · Leave a Comment 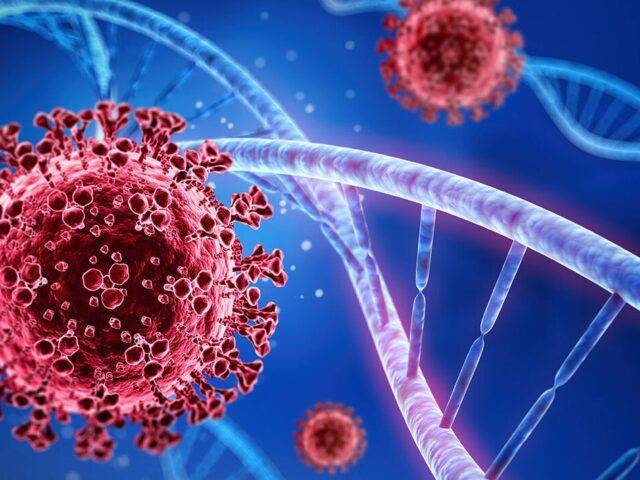 “Better to be safe than sorry. Many physicians like to pronounce definitive conclusions in predicting the effect of a particular Covid variant but we simply don’t know. That’s the reality. It is quite possible, indeed, that a new variant with the immune escape property and pathogenicity of Delta, burned through this country in 2021, could pose a serious public health risk to Indians and by extension those in West Bengal,”

A new Covid-19 variant offshoot of Omicron, more infectious than Delta but with Delta’s kill rate and immune escape trait, the virus called CH 1.1. is a cause of great concern for public health experts. While not nearly approaching the threat level of an ‘Andromeda strain,’ named for Michael Crichton’s novel of the same name in which humanity faces a highly infectious killer virus, the new variant could put significant strain on healthcare systems of India and the world over.

Get used to mask-wearing, sanitizing hands, and social distancing, say scientists, because risk of the Covid pandemic is far from over, and new pandemics threaten to emerge.

In Pune, Maharashtra and neighbouring Gujarat, 17 cases of the variant CH.1.1 were detected. A sub-variant of the highly infectious but less virulent Omicron variant would not normally be a cause of concern. However, that the new variant has managed to acquire the Delta gene sequence, making it far more pathogenic than its parent variant, raises some alarm. One might recall how Delta burned though India during the spring and summer of 2021 before hopping continents and becoming the most dominant of variants in Europe and North America. If 2021 is can be used as a reference year, this variant certainly has the potential to be fatal.

National Covid task force member Dr Sanjay Pujari downplayed the risks, telling an Indian daily,  “The Delta wave occurred when the immunity wall was inadequate. Hence, further data is needed before any increased pathogenicity property can be attributed to the CH.1.1.”

Still, others disagree: Barrackpore-based physician and diabetologist, Dr. Thirthankar Sarkar says that it is important for Calcuttans and people in general to get into the habit, once again, of following Covid protocols in case the new variant spawns a new wave of infections. “Better to be safe than sorry,” he told TGS. “Many physicians like to pronounce definitive conclusions in predicting the effect of a particular Covid variant but we simply don’t know. That’s the reality. It is quite possible, indeed, that a new variant with the immune escape property and pathogenicity of Delta, which burned through this country in 2021, could pose a serious public health risk to Indians and by extension those in West Bengal,” Dr. Sarkar elaborated.

He continued: “We tell all our patients to continue to observe mask-wearing and social distancing but people aren’t listening. They won’t even wear a mask when going to a medical clinic let alone in public. So, my outlook is one of deep concern.”

When asked whether booster inoculations of vaccines would provide some shield against the severity of the new strain, Dr. Sarkar, again, was cautious in replying. “It might; It might not. Again, we don’t know,” he said. “It’s a new variant, and we don’t know how it will both react in a given person’s body and respond to the vaccine. And, there just haven’t been any long-term studies or observations (on Covid-19) because the virus family is so new. We’re seeing young people who are getting myocardial infarction and becoming prematurely hypertensive after contracting Covid. That diabetes is not an uncommon post-Covid complication is well known and accepted. The virus has affected the kidney, gall bladder – even the brain. And, we can’t predict who will have what type of long-term complication. So, this underscores the need for prevention. Just because a virus may not be fatal is no reason to court it. Best to avoid the danger.”

Already, in China, the situation is alarming: On Sunday with shops and other businesses closed, and an expert warned of many thousands of new coronavirus cases as anger over China’s previous Covid policies gave way to worry about coping with infection. China lifted most of its strict Covid curbs last Wednesday after unprecedented protests opposing the restrictions occurred last month even as cities were already battling with their most severe outbreaks.

Beijing, saw a marked downturn in economic activity after rules such as regular testing were scrapped Anecdotal evidence suggests that many businesses have been forced to close while infected workers quarantine at home with a concerned populace loathe to go out due to risk of contracting Covid.

Zhong Nanshan, a prominent Chinese epidemiologist, told state media that the Omicron strain of the virus prevalent in China was highly transmissible and one infected person could spread it to as many as 18 others.

Should that strain acquire the delta mutation, the result could be deadly as infections in that country number in the thousands, daily. India’s cases recently jumped to 250 per day. That’s a concerning trend.

With regular covid testing of Beijing residents scrapped and reserved only for groups such as health workers, official tallies for new cases have plunged – something that had been a concern for the international medical community in the past. Accuracy and transparency in data collection for Covid-19 could have prepared other nations for Covid when the first wave crossed borders back in 2020.

While China has removed most of its domestic covid curbs, its international borders are still largely closed to foreigners, including tourists – a sign that the government doesn’t want to be blamed for a global re-emergence of the pandemic.

ZOMBIE VIRUS AND OTHER THREATS.

A so called ‘zombie virus’ discovered by French scientists when discovered for some reason revived a 48,500-year-old zombie virus buried under a frozen lake in Russia.

However, the report, published in New York Post last week, quoted a study that is yet to be peer-reviewed. The new research was supervised

by microbiologist Jean-Marie Alempic from the French National Centre for Scientific Research.

The virus emerged due to the thawing of permafrost as the global temperature is rising.

The new strain is one of 13 viruses outlined in the study, each of which possessed its own genome, Science Alert reported.

The oldest, dubbed Pandoravirus yedoma after the mythological character Pandora, was 48,500 years old, a record age for a frozen virus returning to a state where it has the potential to infect other organisms.

Pandoravirus was discovered below the bottom of a lake in Yukechi Alas in Yakutia, Russia, others have been found everywhere from mammoth fur to the intestines of a Siberian wolf.

One-fourth of the Northern hemisphere lies under permanently frozen ground, called permafrost. As climate change melts this layer of ice, microbes, including viruses are released. Scientists say that pandemics like Covid-19 could become a recurring phenomenon as new viruses see the light of day.

They note with some measure of disquiet that it’s a self-feeding process. “Due to climate warming, irreversibly thawing permafrost is releasing organic matter frozen for up to a million years, most of which decomposes into carbon dioxide and methane, further enhancing the greenhouse effect,” they write

The authors of the study believe that pandemics like Covid-19 will become more common in the future as melting permafrost releases long-dormant viruses like a microbial ‘Encino Man’ (the Hollywood movie in which a prehistoric man frozen in ice is revived in the 1990s).

“It is therefore legitimate to ponder the risk of ancient viral particles remaining infectious and getting back into circulation by the thawing of ancient permafrost layers,” Jean-Michael Claverie, co-author of the French study writes.

Hence, for those who think pandemics are behind us, think again. Mask-wearing, hand-washing, and social distancing truly should truly become the ‘new normal’ if we are to thwart the spread of new pathogens.